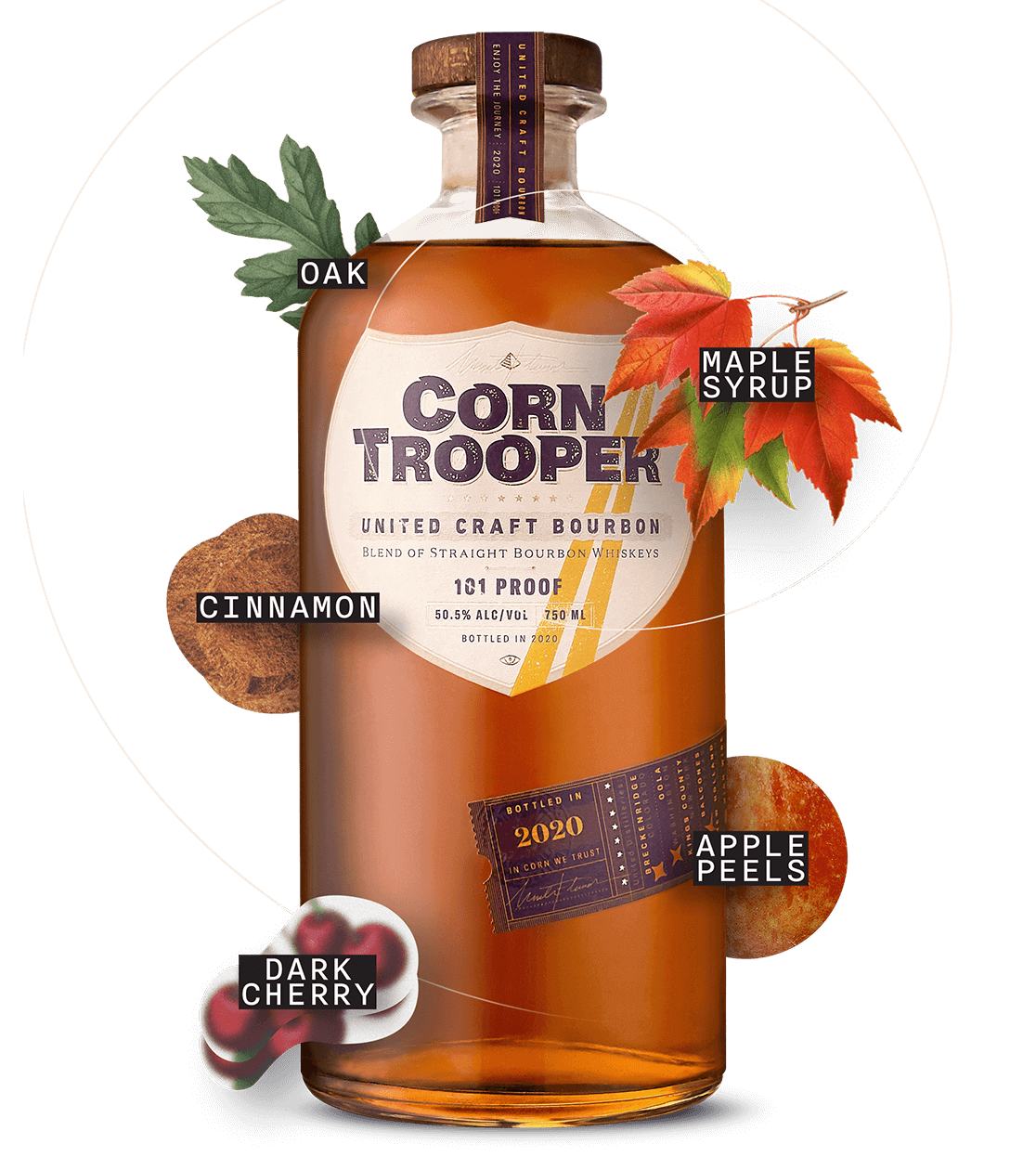 STRAIGHT TO THE BOURBON

To make a strong and impressive troop that will ride in the same direction, you need wildly different characters with the same mission. Each of the seven craft producers involved contributed some very special stock to the mix, and we ran with it. We blended these seven incredible Straight Bourbons and added some exceptional casks we treasured (and aged) during our statewide quest for quality Bourbon. The result? Seven Straight Bourbon superstars, one all-American blend. Can we say Corn Trooper is a 700% Straight Bourbon? Sure, why not?

After much tweaking, Corn Trooper now exudes a powerful nose with notes of maple syrup, oak, vanilla, banana, and green olive underlined by a spicy character of cinnamon, ginger, orange peel, dark cherry, and apple peels, all translating perfectly to the palate. A sensory grand tour of America.

To make our future road trips just as exciting, a portion of the proceeds will be donated to the Michael James Jackson Foundation for Brewing & Distilling. With the first batch of Corn Trooper, we will sponsor a training in distilling for one trainee from an underrepresented group and help them start a career in the spirits industry.